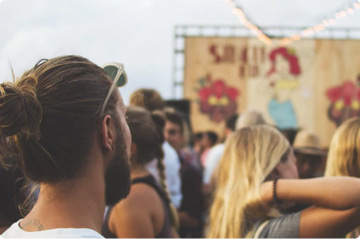 What makes you glow? For a group of young social media influencers in a new awareness campaign titled “Simply Glow’d,” the answer is getting tested for HIV, hepatitis C and sexually transmitted infections (STIs) and then “keeping it 100” by making smart sexual choices and staying mentally healthy.

The campaign is spearheaded by Iris House, a New York City–based center for women and families fighting HIV/AIDS, substance misuse and STIs, with funding from the federal Substance Abuse and Mental Health Services Agency (SAMHSA) and creative assistance from the marketing team at AIDS Healthcare Foundation.

It targets young people ages 13 to 29 in East and Central Harlem and the South Bronx. In New York City, according to Iris House, nearly 10,000 people under 29 are living with HIV. What’s more, over 40,000 young people between 13 and 24 were diagnosed with an STI. And alcohol continues to be the most widely used substance among America’s youth.