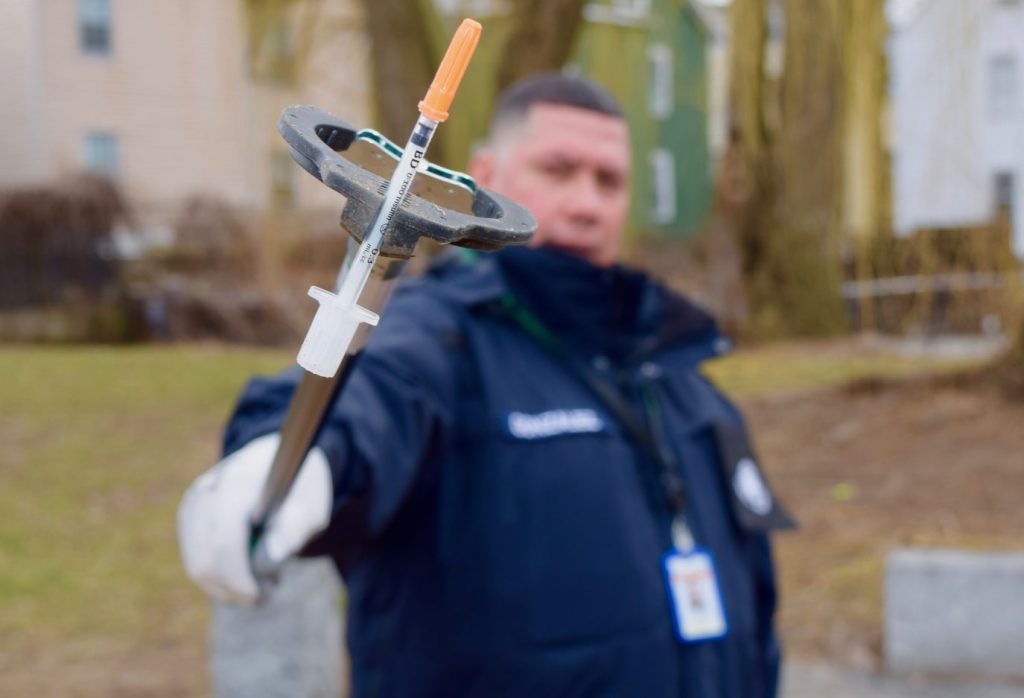 LOWELL — On average, over a thousand syringes have been picked up from city streets and parks each month since the syringe collection program started earlier this year.

That’s according to the latest numbers presented to the City Council on Tuesday by Andres Gonzalez, the syringe collection program coordinator who started collecting sharps for the newly created position in April. In the first quarter of the current fiscal year, July to September, the program collected 4,118 syringes and responded to 123 reports of discarded syringes.

“To be proactive I got out into all of the hot spots that were in the city and I was just really digging in, looking for syringes the best that I could,” Gonzalez said. “Talking to people who were in homeless encampments that were giving me great tips on where to go as well.”